News, Updates, and Tips for improving your photography 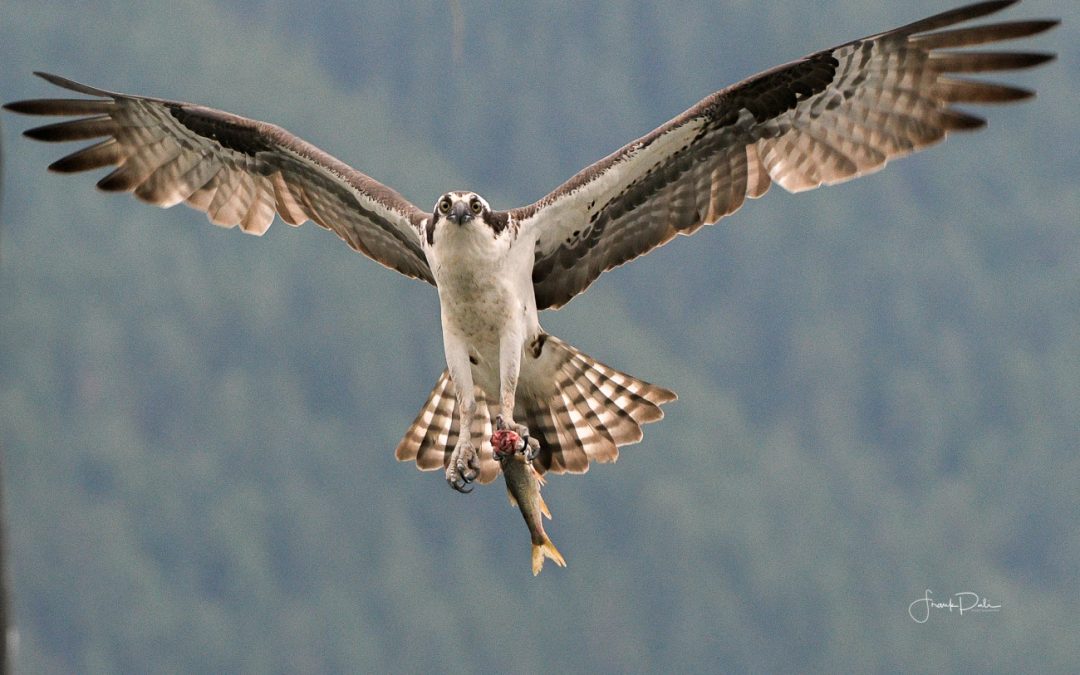 In the world of wildlife photography, it’s hard to keep a secret. I was chatting with a fellow wildlife photographer who mentioned a certain Osprey nest in Maple Ridge and the photos he was able to capture.  Lucky for me, he shared his “secret” spot.

I headed out to the spot, about a 90 minute drive from my place. My friend loaded his cooler with the photographers’ staples: granola bars, water, soda. It does help fill the long hours as we patiently wait for the birds.

We arrived at the spot and it truly was as he said it would be. British Columbia is an amazing place for scenery and wildlife. 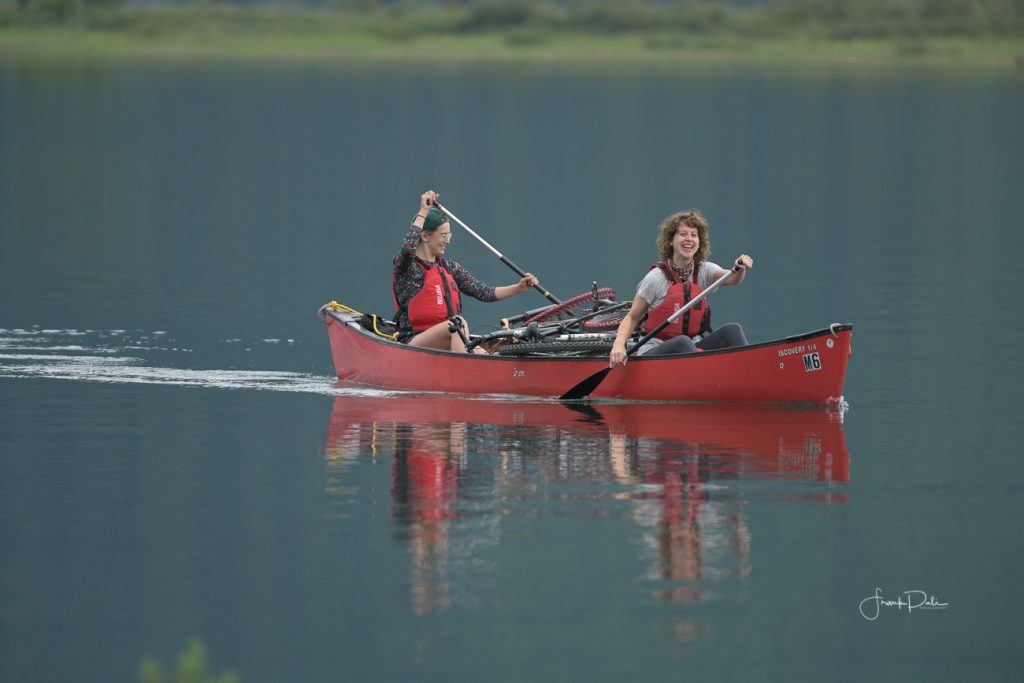 This nest was almost at eye level at the busiest boat ramp on the lake. One would think they would pick a post far away from the hustle and bustle to build and raise their young but NO – RIGHT HERE IN PLAIN SIGHT, COMPLETE WITH THE ODOR AND UNMUFFLED SOUNDS OF BOAT ENGINES RIGHT BELOW THE NEST.

My wife says that I have some hearing loss but even I complained about this loud motor noise.

I just returned from Yellowstone where I have photographed an Osprey nest for the last three years and it’s a long reach even for a 600mm F4 with a 1.7 extender. I was very thankful that this one was perfectly placed for people to view the nest of chicks peeking out. 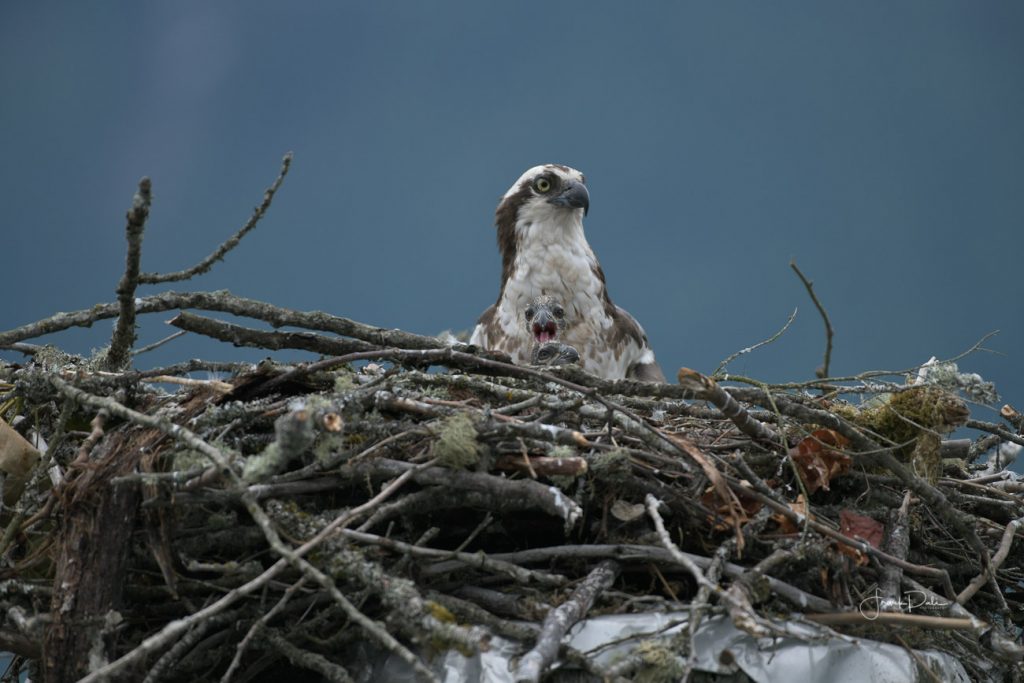 Osprey. Osprey (Pandion haliaetus) sitting on nest chicks peeking out and over the nest.British Columbia 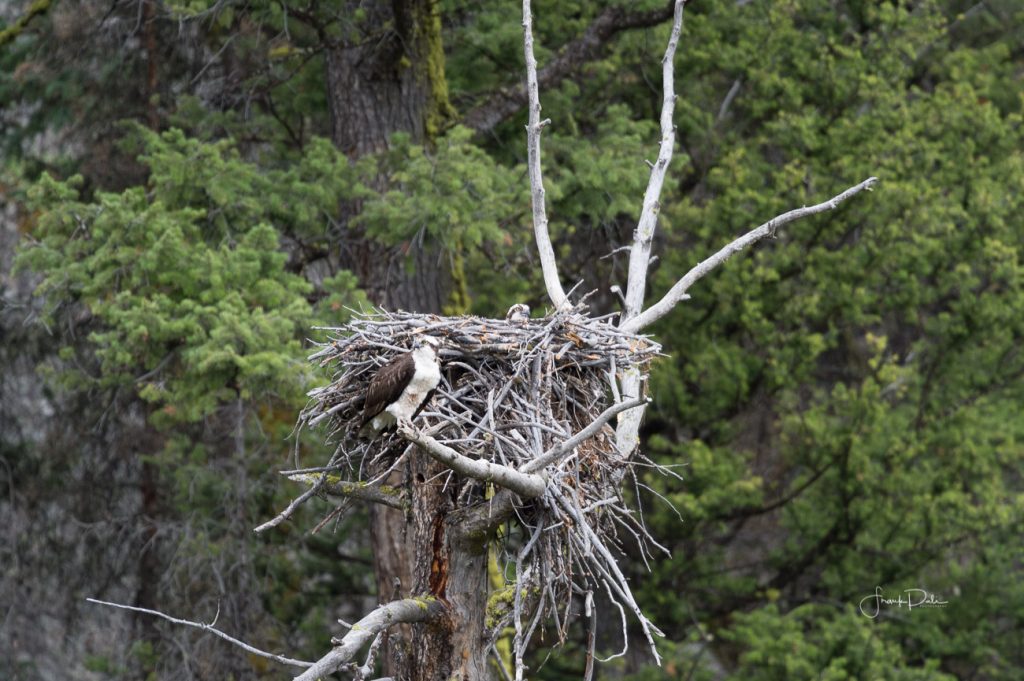 So if you are lucky enough to be the recipient of a secret spot, make sure you keep a respectable distance and take the time to gently educate curious onlookers…and only tell the people you trust. The photos where all taken with a 200 – 500 mm Nikon. 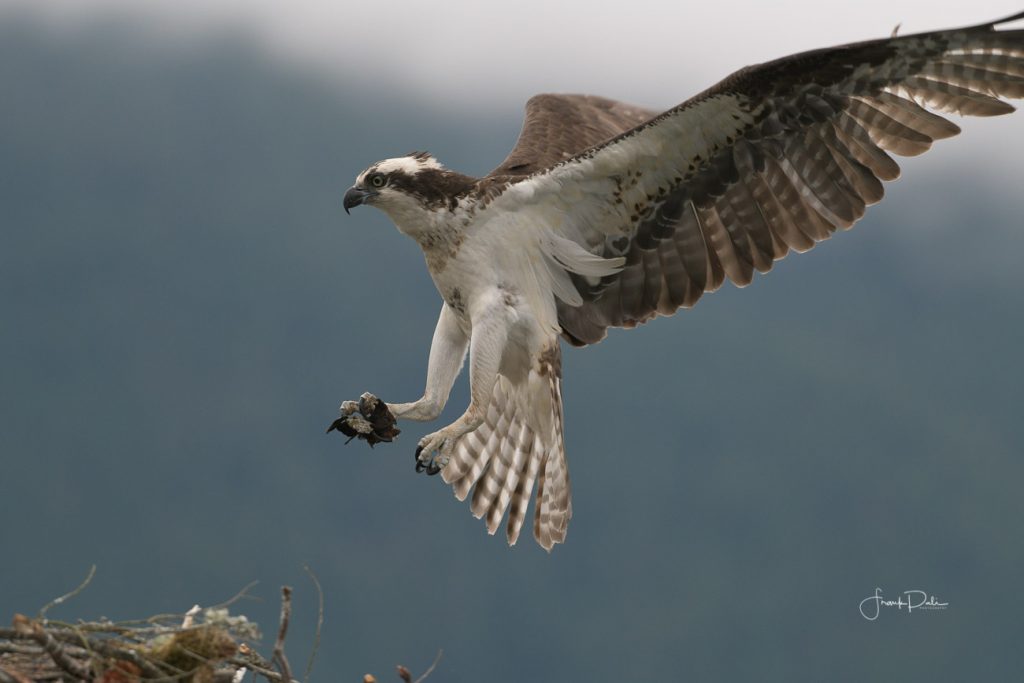 Osprey. Osprey (Pandion haliaetus) Delivery of food for the chicks in the in nest British Columbia 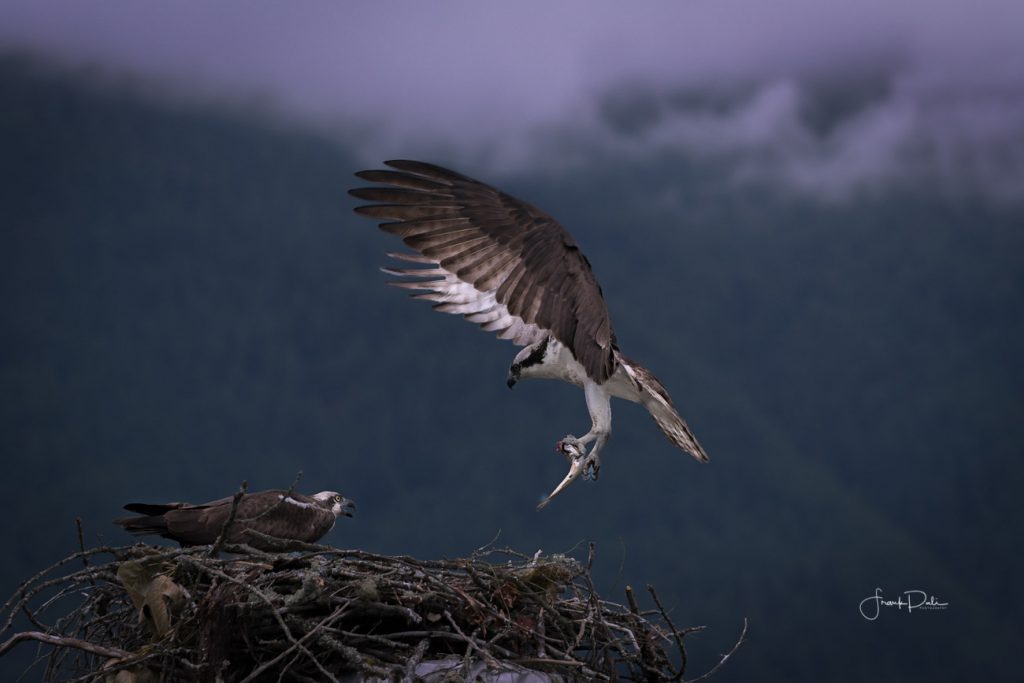 Osprey. Osprey (Pandion haliaetus) female sitting on nest with the chicks as the male brings another fish for the family British Columbia 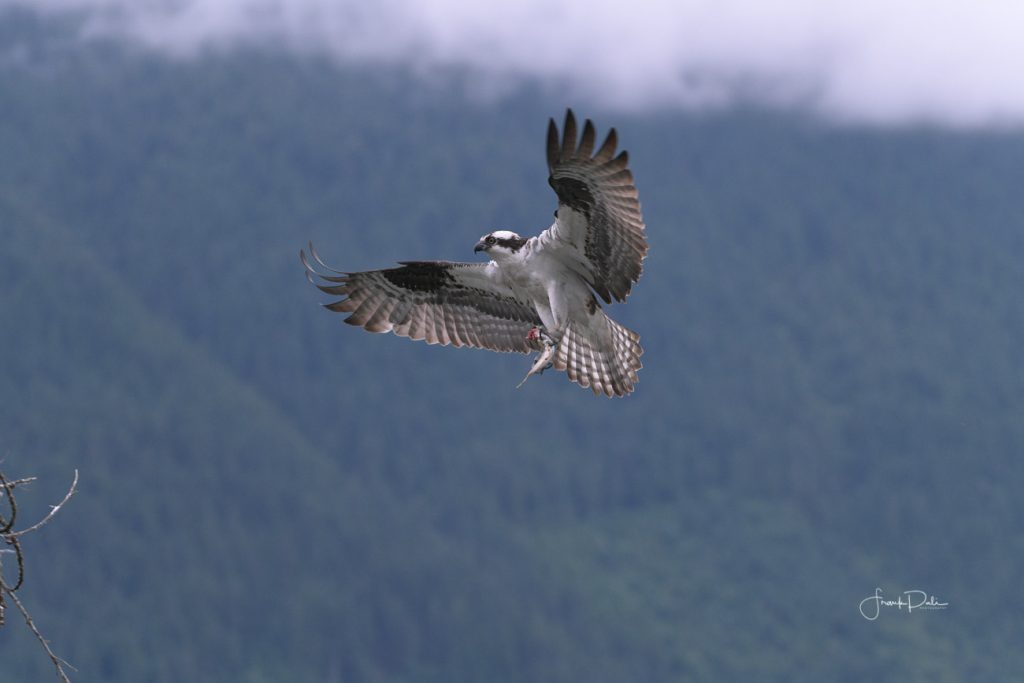 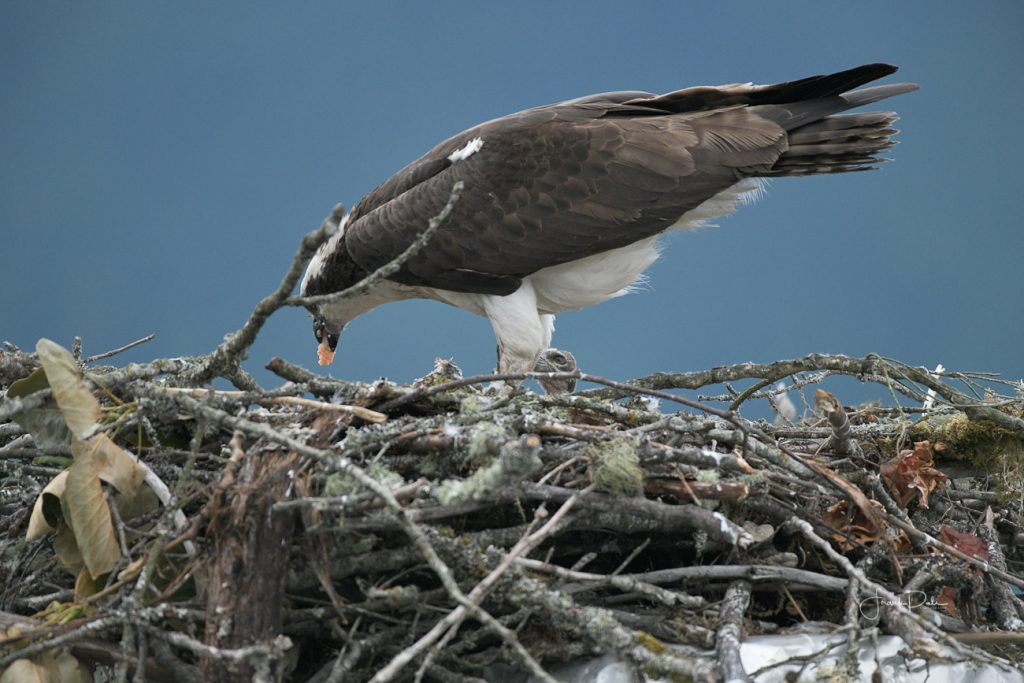